One teenager was given the hut of her dreams with this student space, providing a double bed, large desk area and an ensuite shower room. 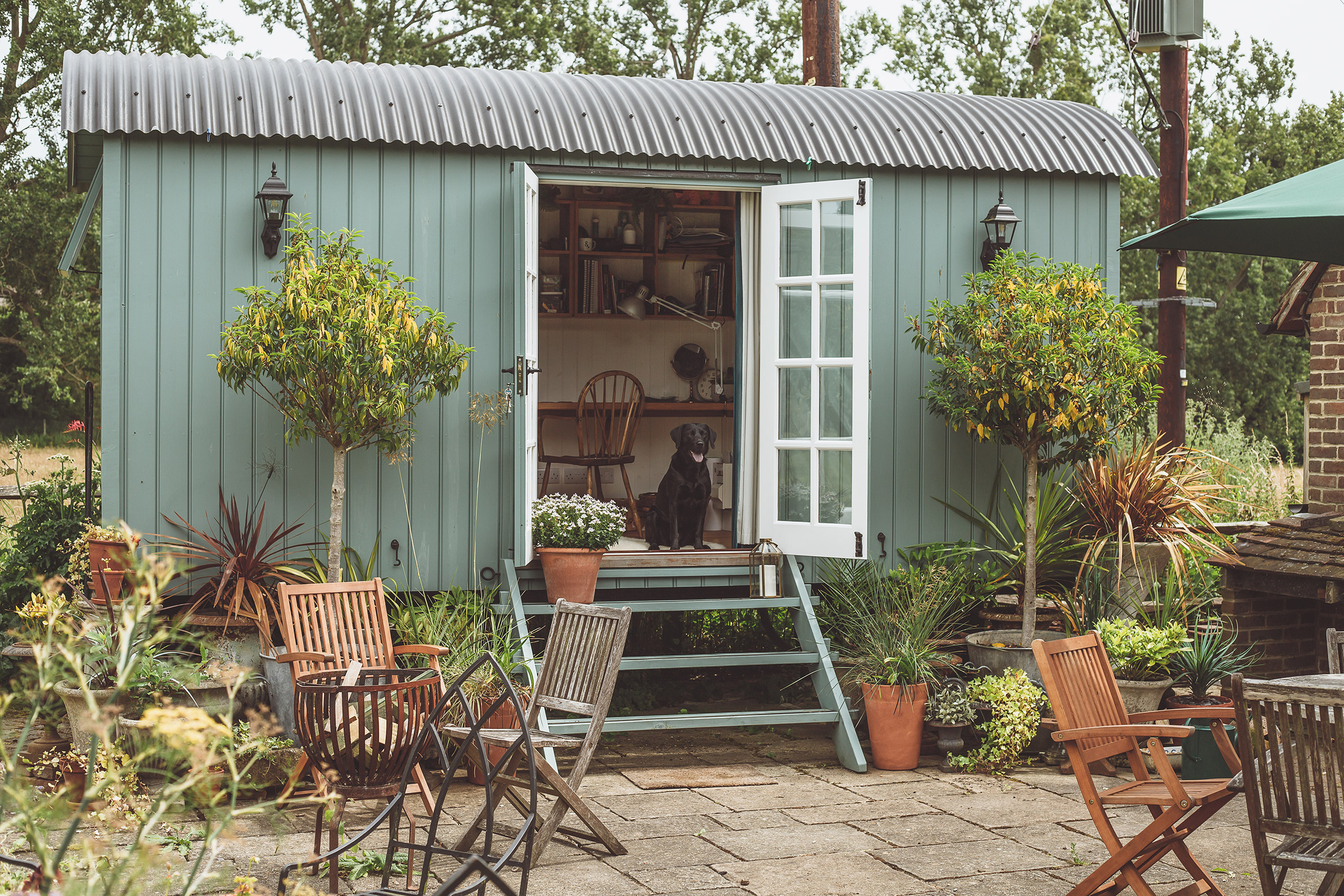 We were approached by Imogen, a local business owner, whose daughter was in her final year of school and about to embark upon studying medicine at university. The need for her daughter to have her own private domain, in which to study and relax, separate from the hive of activity in the main house, had been apparent for a while. The idea of using a shepherd’s hut as both a bedroom and private study space ticked all of the boxes.

“The neighbours had all the brochures, so we looked through them and then met Joe. And well, once you’ve met Joe and seen his work, there is no reason to go with anyone else.”

The requirement included a separate bathroom – loo, sink, and shower. Also as part of the brief, was a double bed, shelving and a spacious study area.

“We wanted something high-end, to feel like a real home, not a summer house. We wanted it to be somewhere you would want to sleep in winter as well as summer. As it turns out, the hut is better insulated than my own home!”

We worked closely with Imogen on the design of the hut, the fixtures and fittings, and spent much time debating the pros and cons of various different external shades of colour.

The end result was a beautiful hut, a perfect place for a teenager to escape, whilst still being a part of the family and close to the main house. Imogen’s daughter has really made the space her own and is able to enjoy it all year-round when she comes home during the holidays. Suffice to say, the shepherd’s hut performs its dual role of study space and place to chill-out in equal measure, and with much style.